Home appliances make life a lot easier. Sure, you need to clean, repair and replace them, but they are the luxuries we can no longer live without! Crowley’s Homeworks offers many choices of appliances with the latest advances in energy efficiency and technology. Appliances have changed significantly over the last 50 years, and will likely continue to evolve. Here are the histories of our most important home appliances in Houston, MO:

If you need to replace home appliances in Houston, MO, visit Crowley’s Homeworks. We offer knowledge, expertise and customer service you will never find in a big box store. Visit us today to see what we offer.

We are closed the following days:

Fill out the form below to get more info and learn how we can help you! 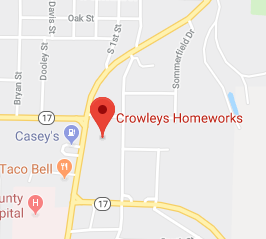